There is always a Choice to Turn Back towards Restoration…

As i was coming to the office today, i was thinking on what should i write about. Then came the heading “I love Barbie dolls”. But i being a guy and not a being a big fan of Barbie, i customized the heading. Like they say, “Never judge  the Book by its cover” and I’d add this “never judge the blog by its title”.

It’s very usual that we hear statements like these. “I love my car”, “i love ice cream” or “i love my dog”. I asked my friend what is something that she loves to which she responded

“chocolatess!!!! yummmm”
me: “oh speaking of chocolates. my friend sent me chocolates from Netherlands”

” Love have been used for everything that Tom, Dick, and Harry ‘made’, but themselves.

Now you might think I’m too critical to write something like that. If you go to any western country you’ll see the pets cared for and being loved patted and taken care off where the family is separated and are divorced and don’t live together anymore. Unfortunately this shift is taking place in the East too, at an alarming rate. The place of human companionship is replaced by something else. Love is used out of context. Has love lost its meaning ?

But instead of dwelling on that I’d like to scribe something different which initially would not make look related, but later i hope and pray that you will see the dots connected. 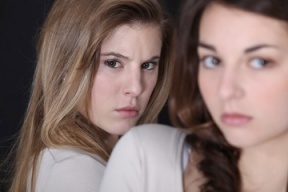 the feeling which we don’t want to show to others. it is about a feeling like “you have something which I don’t have” or “you have something better than mine”. We see this in offices, schools, or in any sector may it be. In the schools in India, the life of a kid is tough. It is competition and the kids are under pressure. I sometimes feel there is this “I envy you” thing going on. There is a lot to talk on this, but in short “envy is the heart of  this type of jealousy”

Let’s take the life of Tim and Christina. Met each other in their college, was in relationship and after 1 year, got married. They are at the peak of passion for each other. Their honeymoon was great and so was the following 2-3 years. . It was like the glimpse of heaven in their house. The 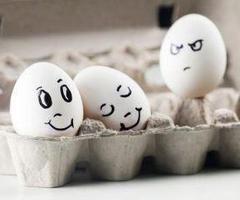 house was so lite up. They were with each other most of the time.  Of course, Tim started working and Christina didn’t continue with her career after their marriage. It’s been few years now after marriage. Tim got promotions and offers to go abroad. He started being away from home for a week or a couple, or sometimes even a month. The relationship started being a bit shaky because of less communication and time together. Romance sort of died out and this went for sometime. Their life started becoming dry. But Tim was working hard and he still loved his wife so dearly and passionately, yet didn’t find time or make time to be with her or  express to her. After sometime he came to know that his wife is having an affair with another man, and they meet when he was is away. He was angry and frustrated, disappointed, and jealous. It was an explosion. Since then they were going for each other’s neck and finally they said, “It’s over”

To be honest, i wouldn’t being jealous for the reason for being unfaithful is wrong. It is natural out of the experience of betrayal. But the question is what are we going to do about that feeling. This is just another story among thousands of stories which we hear every now and then. Either the husband or the wife, entering into a relationship outside the marriage, and when exposed, things go real bad, and there are even stories of being murdered of being unfaithful.

Isn’t it so interesting that we are so self-destructive ? Jealousy has a real bad effect on out life.

This is my point.

Jealousy out of the love for anything is destructive because it is out of envy. People kill each other for money and fame, simply because they ‘love’ more than the person. It could also be some feelings or pleasures or beauty, but the person herself.

Jealousy in a relationship could also be destructive. But it is because the ego is hurt. It is betrayal and the self is so hurt and we feel so rejected, disappointed, and angry  It leads to destroying each other.

In both the cases, jealousy is a response to “injustice/unfairness to self” and it becomes destructive to other person.

Let me introduce you to a different jealousy…

As interesting as it is, The Holy Bible mentions about two angles of Jealousy, one of God, and the other of man . Let me quote a scripture here, because I feel that it’s important so that the point is clearly understood.

4 “You shall not make for yourself an image in the form of anything in heaven above or on the earth beneath or in the waters below. 5 You shall not bow down to them or worship them; for I, the Lord your God, am a jealous God, punishing the children for the sin of the parents to the third and fourth generation of those who hate me, 6 but showing love to a thousand generations of those who love me and keep my commandments.    – Exodus 20:4-6

Here is God who is slow to anger, abounding in love and forgiving sin and rebellion. He is a compassionate Father who wants His children to have the best. He is so jealous for us when we go away from Him, because He knows that we destroy ourselves when we are away from His love. He just comes after us again and again to give us help so that we don’t

be lost for ever. His jealousy is out of concern. So this Jealous God came down by the name of Jesus Christ. At the cross of Jesus Christ, His jealousy was revealed by sacrificing Himself saying “I Love You. You are Forgiven”. God is asking for that relationship that will turn good for us.

Person who loves things destroys the person who has more.

Person who loves another person destroys the other person for the hurt and rejection, at the time of compromise or unfaithfulness.

God’s love for the people sacrifices Himself so that we can be loved, forgiven, redeemed and restored.

Receive this Love, Save this Planet

*Thanks to Tim Keller whose message “Jealousy of God” help me to have a deeper understanding of the Love of God expressed in His Jealousy, and inspire me to write this.

Absence of Girlfriends.. Presence of Love… The Intro